LaVell Williams (1967-2018), singer, songwriter, and Board officer, discusses his relationship to Detroit music in this oral history interview. 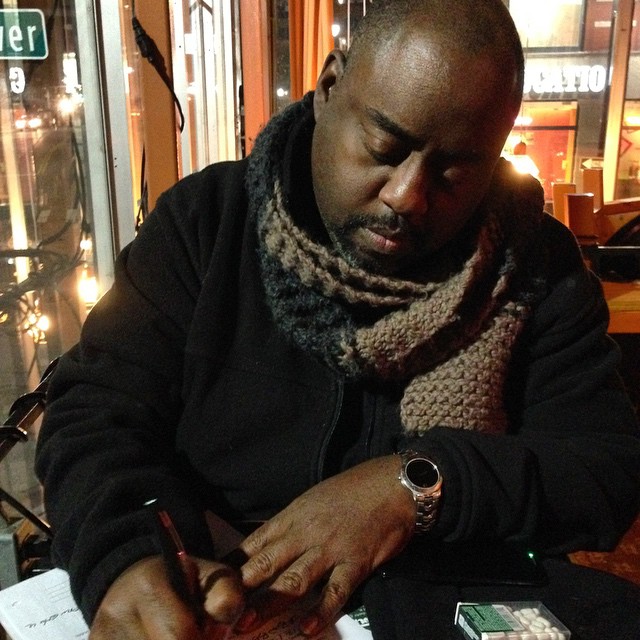 You can learn more about LaVell Williams’ by reading his obituary here.

Most People Know Me From…

LaVell, briefly describe who you are and what is your relationship to Detroit?

LaVell Williams   00:28    LaVell Williams, Vice President of DSC. Most people will know me from working for Record Time for about 13, almost 14 years. Right now working with a local label called Sound Thought Recordings out of Detroit. And yeah, that’s how most people would know me. 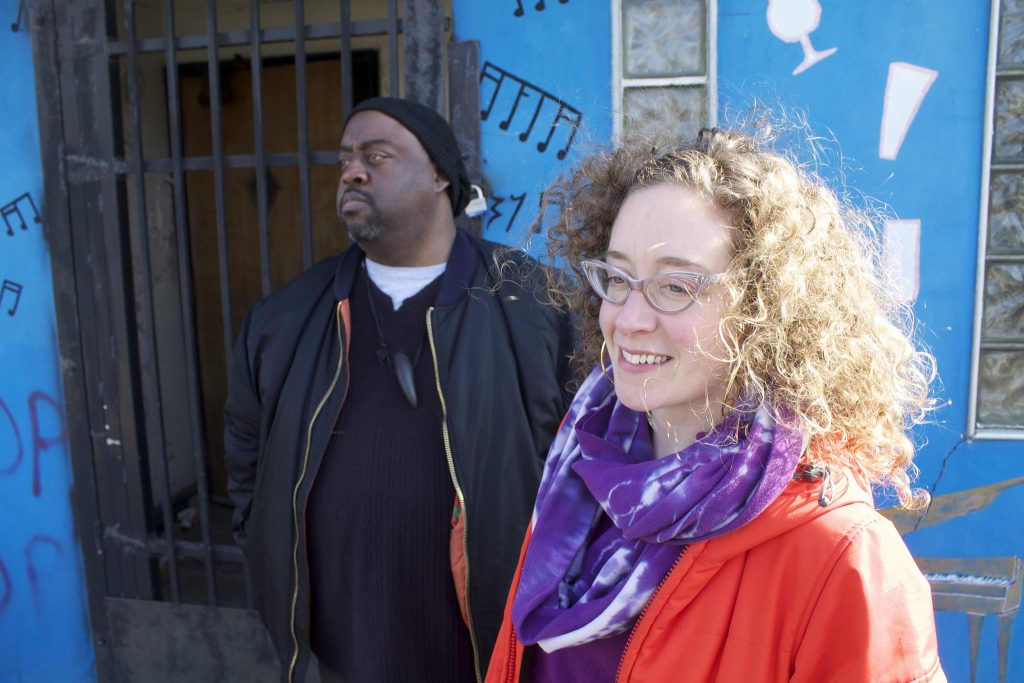 Gholz    01:08    What was the first Detroit record you remember hearing? What was it? How did you hear it and what’d you think?

Williams Tracey the street. West side.

Gholz For those people who don’t know who Martha Jean the Queen was, what do you remember about her? Why was she important musically to you?

Williams   01:49    She was, more than anything, she was important to me musically because of my Mom. My Mom was the one who loved her and listened to her as a radio host, as a preacher, as a, you know, one of the early, what I guess you could look at it as positive thinking speakers for Black people. She was just, she was all of those things and, and much more. But yeah, it would be because of my Mom. My Mom was a big, big fan and it was played in my house a lot, you know?

Gholz    02:23    What was the first or best Detroit live music performance you remember hearing? Who was it? Where was it? Who’d you go with? What’d you think? It wouldn’t have to be a local artist, but it might be, but something definitely that happened in the city.

That Sticks In Your Mind

Gholz    03:25    And what in, in you — you went to that pretty quick. So what was, was there a part of the performance that just stuck out? Cause it was one of your first concerts or…

Williams it was definitely one of my first concerts. And I think it was my first, I can’t say for sure, but the thing about it, it’s just, you know, it’s Earth, Wind & Fire and Chaka Khan, the level of talent is, not that it’s unmatched, but it was, you know, it’s some of the best out here know, so that sticks in your mind. It was an amazing show. Absolutely amazing show. And that was just the first of many times I’ve seen them both, you know? As a first show. It was amazing.

Gholz Do you remember where you sat?

Williams No, not that. Don’t remember. I wish my memory was that good. 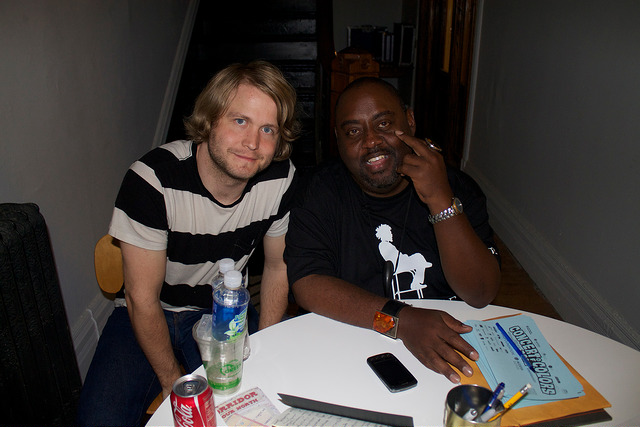 Gholz Motown is known the world over. Describe one aspect of Detroit music history that you wish to got more attention.

Williams   05:17    The biggest thing is for people to talk openly. You know, when you start talking to people about gay clubs or gay music or gay DJs or bands people tend to shut up. You know, I feel like we’re still one of the most closeted cities in the country and it plays itself out really well amongst the music world in Detroit. And it doesn’t make much sense to me. But even as you said, it’s 2014, but it continues and it’s strong and you know, you can be looking into somebody in the face who you know knows the history was a part of it, but don’t necessarily want to talk about it. You know, it’s horrible. But like I said, it’s still in the closet. 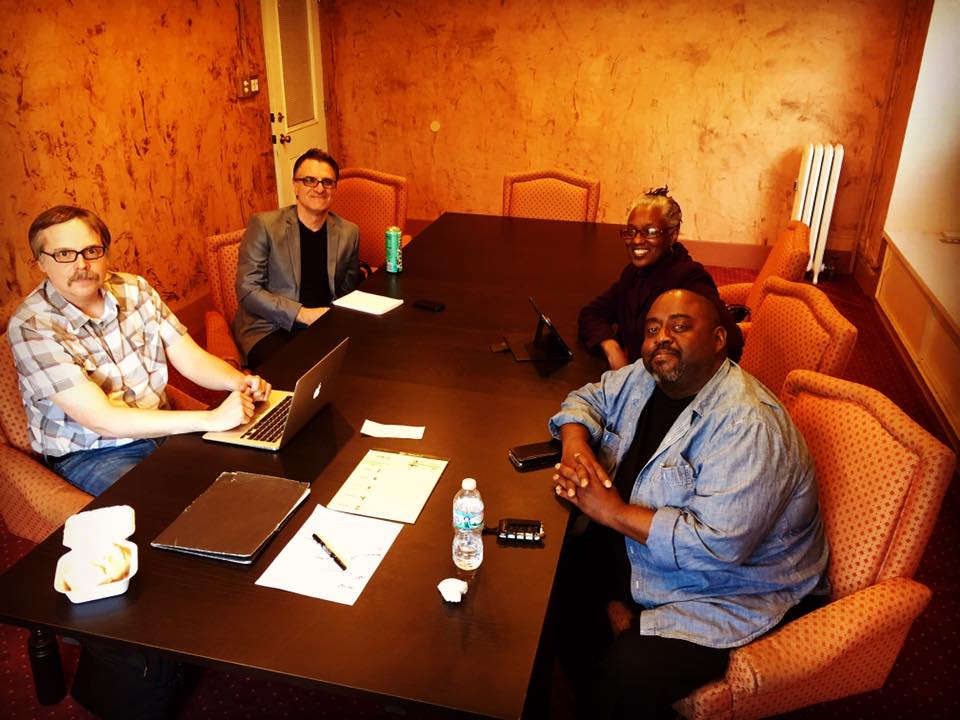 Gholz    06:05    What — maybe ask you two individual questions then we’ve got our closers here. One other organization I know that you are involved with is the Hackley Collection at the Detroit Public Library. Can you say something about what the Hackley is and why you’re involved with it?

Williams   06:18    Well, getting involved with the Hackley was because of Carleton Gholz dragging me kicking and screaming. Basically the Hackley is about preserving the history of African American performing arts across the board. Originally classical composers but now it consists of everything. I think it’s necessary. It’s really important. I realize that a lot of people think that things like this isn’t important anymore because it’s 2014 and you know everything’s equal and nothing will ever disappear because of the digitization of everything, but that’s untrue. These, these little, areas are necessary. You have to be focused about history and don’t believe that it’s all going to be around just because you know about it now. So it’s part of what Hackley is about and why I’m hopefully there to help.

Gholz    07:20    And the, same thing with the DSC, we’ve been asking people, ‘cause we’re a young organization, what things we should be working on in the coming years, but you’re part of that. So I feel like the question should be a little tweaked for you: why do you, why are you involved in the DSC? Why you continue to be involved. You know, we’ve done it for a couple of years now and you still think it’s worth, you know, it’s valuable. So anything you’d want to say about that?

Williams   07:45    I think as far as the DSC and the Hackley the biggest issue is that everything matters. And every form of music, every type of music matters to somebody. I don’t like it all, but everything is liked by somebody. And in one way or another, it needs to be saved. It needs to be archived. It needs to be stored to hopefully in the future be accessed as, a guide to what we were about in one way or the other. That’s kinda why I’m helping. That’s why I’m there. It’s necessary, somebody’s going to do it, might as well be me and you.

I think as far as the DSC and the Hackley the biggest issue is that everything matters. And every form of music, every type of music matters to somebody. I don’t like it all, but everything is liked by somebody. And in one way or another, it needs to be saved. It needs to be archived. It needs to be stored to hopefully in the future be accessed as, a guide to what we were about in one way or the other. That’s kinda why I’m helping. That’s why I’m there. It’s necessary, somebody’s going to do it, might as well be me and you. 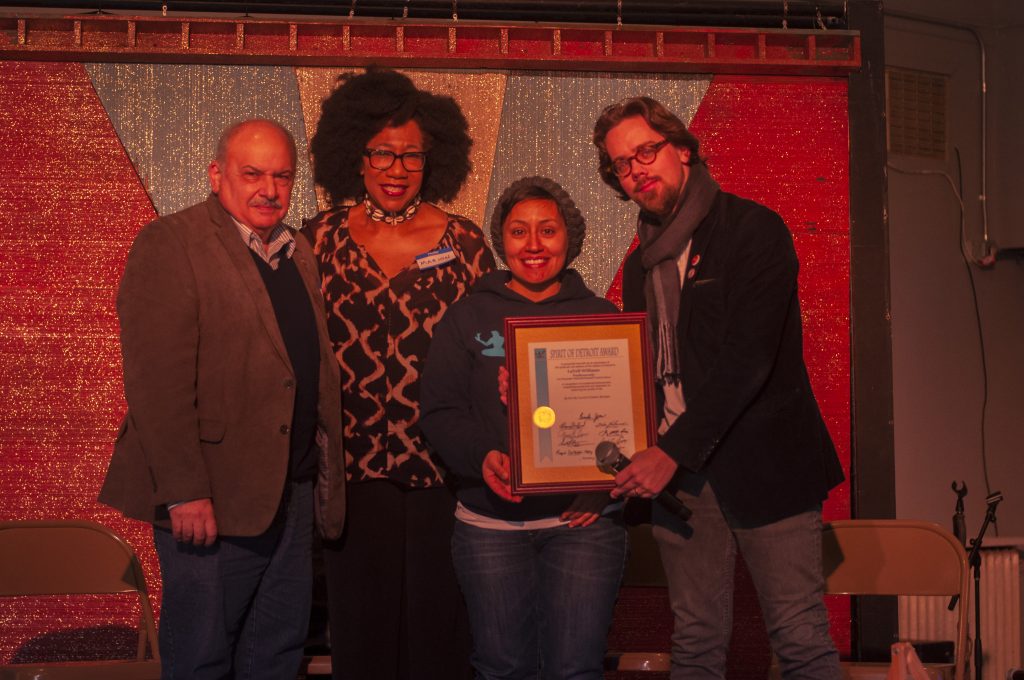 Gholz    08:31    Last question here about, just to hear more about being musical and coming out of the Detroit Public Schools. You know you were raised in the Detroit Public Schools, as far as I know, and you were musical within that but you were also musical in other areas like the church and other kinds of things. And so I just, in terms of your musical education, just anything you’d want to say about your experiences as growing up as a musical person in Detroit?

Williams   08:58    Well, you know, music has been in my life since day one. My family weren’t necessarily musical people. I didn’t have a bunch of music going on all the time. But I feel like what was there, it was quality. But school always. Every school that I ever went to until I got to 10th grade I was in choir. I was in choir at church until I was 13 and my mom allowed me to stop going to church, thankfully. But my entire life was in one choir or another. And that opened me up to a world of music because with school we were singing everything. It could be a old folk hymn or old gospel hymn or it could be “A Boy Named Sue” or something like that.

Williams But, isn’t he from Michigan?

Gholz I don’t want to say that on tape.

Williams One of my faves. Yeah, definitely.

Gholz Actually a good archival song, “For All We Know.”

Williams “For All We Know.”

The Base of My World

Gholz    11:02    Last, last, last, last question, just about Record Time. You said it really quickly. For those people who aren’t from the city, or don’t know what that legacy was, what that was about. Just a little bit about your experience with Record Time and why do you think it meant meant something to people? Cause it did.

Williams   11:23    Record Time was I guess mostly important due to the dance community. But I think the success of the dance world helped Record Time survive to become the thing that it was so that everybody else could enjoy it. Because it wasn’t just dance, it was every genre of music. But, excuse me, dance is what put it on the map. It’s unfortunately gone. Spent 13, 14 years there. The base of my world right now, friendwise, is from my history in Record Time. Which is something to think about, but it’s true. I think it affects a lot of people in that way.

You’ve got a number of well known DJs who’ve come through. Mike Huckaby. Um — God, I’m losing all my, my words now. Oh man, that’s so bad. I can’t think of the rest of the guys and that’s me completely brain freezing here. But Mike Huckaby is, I think, Derek Plaslaiko, you know he’s going to kill me for that. Patrick Russell, you know, more than a few people, but Record Time has touched so many people’s life. It was one of the more well known record stores in the state. We used to get people coming from everywhere, everywhere around the world to shop at Record Time. And I think it was, it was just a staple, for so many people for so long. It’s sad that it’s gone. And I, every other day in the street I walk into somebody who says they’re sad that it’s gone. You know, it had a definitely a lasting effect, you know, it was a good thing that Mike Himes did for a long time, for 27 years, and that’s saying something because very few independent businesses last for 27 years. Would’ve been nice if it kept going even without me. But, you know, time did what it does sometimes.

Williams   13:37    Honestly, geez, it’s rare that I’m buying new music. That’s what’s even more awful. I don’t really do iTunes a lot. I listen to a lot of stuff just on YouTube. It’s honestly where I find most of my new music, which is crazy, but it’s just true. And occasionally I’ll stop into FYE, which is, you know, odd for me to say, to pick up a CD. But I don’t do a lot of buying new music. I’ll every now and then pick up a piece of old vinyl from Found Sound in Ferndale but I have not bought a lot of music over the last few years and it’s sad. It really is.

Gholz    14:24    I hate ending on that moment. So we’ll just end with me thanking you for continuing to participate in this adventure. And thanks for coming down tonight.

Williams Thanks for having me. 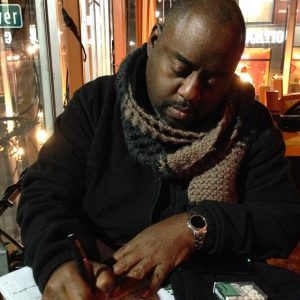